Weirdest Laws around the World 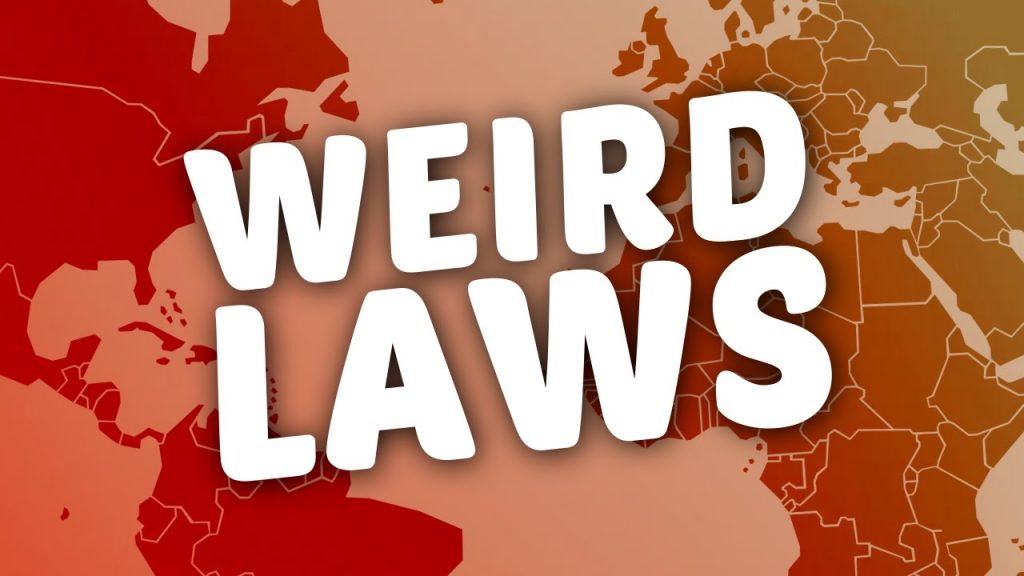 Laws are a cornerstone of every state, and everyone should want to follow them. Some laws are essential; indeed, others (such as these) are, at least, bizarre, unnecessary and crazy.

Why did the chicken cross the road? (Georgia)

To reduce road accidents and fowl mortality, the state of Georgia has established a law that requires owners to have a perfect overview of their poultry. The chicken must not cross the road alone.

Anyone who lifts his feet out of treadle in Mexico risk the punishment by the mighty hand of the law. At least according to the archaic paragraph of 1892. Paradoxically, the regulation does not mention the possibility of driving without holding handlebars.

Although today’s law no longer identifies Napoleon directly, in France, it is still illegal to insult a head of state by giving a pig the same name. Although there is no longer a prison sentence (but only since 2013), it is still possible to get a fine.

Singapore is famous for its conservative culture. And chewing a piece of gum is counted among the forbidden misdemeanours. The Regulation mainly monitors that public areas are kept clean.

In a country, that has undergone genocide; a similar ban is probably not surprising. And way specifically water guns? The officials are afraid that using them could trigger civil unrest.

You may not reincarnate without permission. (China)

This strange law originated in China and has only one task. To make life difficult for Tibetan monks who do not love their Chinese comrades. Since 2007, every Tibetan monk must apply for permission to allow him to reincarnate.

It is forbidden to die in the English Parliament (Great Britain)

In fact, to this day, no one knows how such a dead sinner would be punished, but this law still applies today. So if you are going to die in a palace or a parliament (actually in every building that is subject to the crown), you are breaking the law.

Complaints of fiancés and brides (Brazil)

We could meet this strange law in Brazil in the past but since 2002, it no longer applies. The judge allowed that within ten days of the wedding or engagement, the groom could “return” his wife of fiancé to her family only if she was still a virgin.

Finland has a unique system of fines for traffic offences. The penalty is calculated according to your earnings. The highest fine so far was 54,000 euro ($62,000) for driving 22km/h over the 50km/h speed limit.

You can divorce in the Vatican, but only for severe reasons. For example, because of domestic violence. But the citizens of the Philippines do not even have this exception, and they cannot divorce.

The true king about crazy laws is definitively the USA. Let’s see what kind of weird legislation about sex you can find there.

A Summary of the Real ID Act & Why it Matters

Whether you are a frequent traveler or someone who needs to occasionally set foot inside a federal facility, the Real ID Act of 2005 could affect ...

Cell phone distractions often surface in many forms. A single distraction is enough for diverting the driver from the steering wheel, which can re ...

Why You Should Take Your Kids Hunting

Hunting is a popular pastime across the US. It’s enjoyable, skilled, and practical, enabling you to enjoy the outdoors while getting food for your ...

Why Businesses Need A Good Lawyer

As someone that is responsible for running a business, you’ll understand that your job is far from easy. In fact, you probably struggle each and e ...

If you are a husband and father who is facing the prospect of having to endure a messy, ugly divorce trial, you should know that you do not have t ...