What is Friction Stir Welding and Where Is It Used? 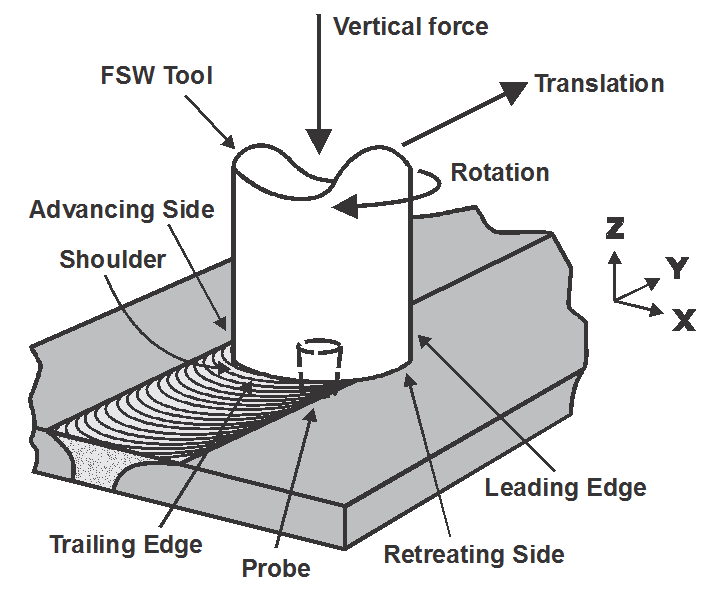 Friction stir welding is a type of solid-state joining process that utilizes a non-consumable item or tool to join two or more workpieces without melting them. According to MegaStir, heat is generated through the process of friction between two rotating tools and the workpiece material. This result in a softened section or region near the friction stir welding tool.

While the FSW tool is traversed along a joint line, it physically and mechanically mixes the two metals and forges the softened and hot metal material using mechanical pressure. This pressure is applied by the friction stir welding tool which results in a joining clay or dough.

The friction stir method is basically used on extruded aluminum or wrought and more specifically for structures that need a high welding strength. This process is also found in the current or modern shipbuilding, aerospace, and train applications. This technique was established and experimentally approved by the Welding Institute in the United Kingdom in 1991. The institution held patents on the welding process with the first being among the most descriptive.

The Principle of Operation

In this process, a cylindrical and shouldered instrument with profiled probes is rotated and carefully plunged into a joint between the two pieces of the plate or sheet materials that are to be joined together. The parts to be welded together must be clamped on various backing bars in a way that prevents the abutting weld joint faces from being moved or forced apart. The resulting plasticized component is transferred from the main edge of the weld tool to the trailing edge before joining together. This process can easily be regarded as the solid-phase keyhole metal welding method since a hole is created to accommodate the probe.

The friction stir method was originally used with low-melting-temperature materials since the initial component materials could not hold up due to the pressure of the stirring and high-temperature metal materials such as steel and other high-strength metals. This issue no longer exists since the new technologies such as tungsten-rhenium, polycrystalline cubic boron nitride, and ceramics work well in such cases. Also, the application of the liquid-cooled tool holder and the telemetry unit refined the whole process and capability.

The friction stir welding technique has demonstrated its capabilities in the welding industry. This process has been experimentally approved for joining various metals including aluminum. Since 1996, this technology has been in use across an array of the industrial spectrum of applications. Some of the friction stir welding end-user products include.

This design technique enhances the crashworthiness of the vehicles since there is no transverse welds and the buckling strength of the main panels under the longitudinal compression.

Where the Friction Stir Welding Is Used

The friction stir welding method has originally been patented by the TWI in many industrialized nations and licensed for more than 183 users. The process and its variants, the friction stir processing, and the friction stir spot welding are used for several industrial applications including shipbuilding and offshore, general fabrication, computers, robotics, automotive, aerospace, and the rolling stock for railways.

How To Find The Ideal Welding Products Company

Whether you're looking for exceptional specialty alloys, cast irons, or some other product, finding the ideal welding company is important. In man ...

Life-Threatening Aspects That Most Welders Overlook

Welding is one of the fascinating things because human beings are in a way like some insects. Most people normally stare for a while when they see ...

Different Types of Metals Used in the Aerospace Industry

In the past, it was thought that there were only a couple of metals that would actually work to create machinery for the aerospace industry, but n ...

The Use of Physical Vapor Deposition in the Metal Coating Process

In the area of commercial metal coatings, physical vapor deposition, or PVD is becoming a popular process for metalizing a product. Metalization i ...

The Many Uses of Ceramic Fiber Products

Ceramic Fiber products are in great demand by many businesses as a means of controlling heat. It is most widely used by companies with manufacturi ...