Different Types of Metals Used in the Aerospace Industry 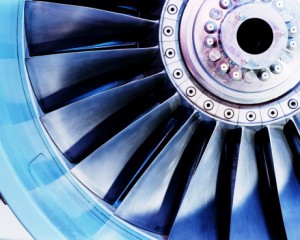 In the past, it was thought that there were only a couple of metals that would actually work to create machinery for the aerospace industry, but now, Aerospace engineers have found uses for a number of different types of metals. The Hurlen Corporation is a company that is known in the aerospace industry for providing all kinds of aerospace metals that are needed in the form they are needed, including the main metals listed below.

Usually when people hear aluminum, they immediately think of the thin metal that beverages are packaged into. However, in the aerospace industry, aluminum is a very important type of metal in this industry due to a number of its qualities. The first and most important aspect about this type of metal is its weight. Aluminum also has an increased resistance to things like fatigue and corrosion.

Stainless steel is one of the metals that have been used in the aerospace industry for a long period of time. As a matter of fact, it was a major metal that was used to create the Endeavour, one of NASA’s earliest space shuttles. It is thanks to this space shuttle that a lot of people have realized the importance of stainless steel in the aerospace industry. One of its greatest attributes is its resistance to temperature. This is why it is able to be flown higher and even break through the atmosphere at extreme temperatures when used on vessels like space shuttles.

Unlike in the past, titanium has become more popular in the aerospace industry. It has actually become extremely popular in producing flight control support structures and landing gear for planes. Tungsten-carbide coatings have also started replacing the old chrome plating that was previously used in the industry. One of the major reasons behind the use of titanium and tungsten alloys in the aerospace industry is due to their higher strength-to-weight ratios than normal steel. They are also known for being extremely durable, which allows them to be used in a number of different areas within the industry.

What is Friction Stir Welding and Where Is It Used?

Friction stir welding is a type of solid-state joining process that utilizes a non-consumable item or tool to join two or more workpieces without ...

The Use of Physical Vapor Deposition in the Metal Coating Process

In the area of commercial metal coatings, physical vapor deposition, or PVD is becoming a popular process for metalizing a product. Metalization i ...

Millions of Americans want to make extra money, but few realize how much they’re throwing away. The U.S. only represents approximately 5% of the g ...

Before you decide to rent or purchase something for storage, there are quite a few things you have to think about. This is true whether you opt fo ...

Kiosks Are Available For Many Products

A merchandise kiosk can be built for your specific requirements or that of your franchisor, what the use will be, and for what location. Whether i ...